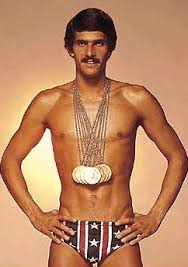 Chatting with one of my athletes this week the conversation rang true and would have echoed many conversations between trainer and charge right across the course of history. His words were, “Well I’ve let myself go far enough, it’s time to get it back.” Ah yes, the time has come for my friend and protege to get ‘fair dinkum’ and stop the rot.

The principle of DD is something I read about a few years ago and it’s nothing special really, however when it’s implemented it can be the most constructive part of your training mantra.

In that order too. See how these words work together? You can’t be dedicated until you’ve made up your mind that it’s what you want. Moreover, the decision means nothing without the dedication to see it through regardless of difficulty, setbacks and shortcomings. I always think that when you’ve made that decision the only person who can beat you is yourself.

I’ve quoted before the solemn words of Collingwood champion Nathan Buckley who said,

“The two hardest things in life are getting started and never quitting. And we’ve never quit.”

For Buckley this day was the captain of a losing Grand Final team and his words described a team who fought valiantly and fell short at the final hurdle, just. Believe me it was hard to take. However Buckley’s plan was on course, his team and club had gotten started and emerged from a laughing stock in just three years to become the force we know today. Like my friend the other night, his lifestyle and fitness resembles the Collingwood Football Club of the late 1990’s, disorganised, disgruntled and in complete disarray.

At least with the decision, there was a point to get started.

As I said earlier, the decision alone is not enough. You need to have dedication sneaking right up behind it like a librarian. As Buck’s said, “We’ve never quit.” It might take a few attempts to reach the goal. Even Castro needed time to regroup in the mountains after a bungled docking attempt before ultimately ‘marching on [to] Havana’ and seeing in the revolution. He didn’t give up and he’s still going strong (actually who’d know but it’s a success story nonetheless).

In 1968 American swimmer Mark Spitz promised the world he’d win six gold medals at the Mexico City Olympics, he came home with two, in relays. What we all know is that Spitz would return to the Olympic stage four years later in Munich and win seven gold, all in world record time.

Harking back to my young friend and protege who this week made the decision to get started. Let’s see now if like Collingwood, Castro and Spitz before him he’s got the will to never give up.

And I ask all of you:

How far off making a decision are you?

Will you never give up?