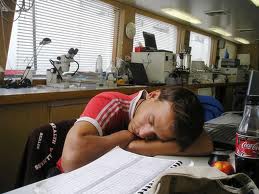 Listen To Your Body

Training has been heating up for a some of our athletes with events not too far around the corner. In some cases injuries have started to emerge while others are struggling to execute instructions because fatigue is plaguing them. I can tell you personally that after a big weekend of racing I have had the last two days off training, totally.

Rest is the second most important part of training, behind work. If you get the ‘rest’ part wrong, it can ruin the work that you’ve built up over the preceding weeks or months. Often I’ll say to athletes, “don’t take the short-cut in training” but sometimes you have be a smart enough manager of your own body to know when it’s time to hold back.

What many people don’t consider is the overall net gain of their training endeavour. One of my training partners (now injured) said to me once, “Oh yeah camp was good, but tough. We ran twice a day but I haven’t run for four days since.” So you double run for 4 days, then take 4 off? Six is one, half a dozen the other. Except in his case, add injury to that equations and he’s been off training for two months. I know what I’d chose.

If you’re feeling ‘off the boil’ as they say – take your training easier, make it shorter, do some cross training or just have a lie down. Listen to your body and weigh up your highest possible gain from your output. What do you need to do to be ‘cherry ripe’ for the big dance?

It seems insignificant now, but I always think of this Lance Armstrong ad. He’s a skeif but the lessons are true about listening to the body.