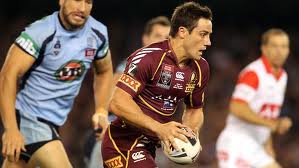 The road to good performance starts early, the saying goes “Titles are won in the Gym” is really all you have to know. Today when I was reading about Rugby League Champion Cooper Cronk, joining the Brisbane Lions A.F.L. team on their pre-season High Altitude camp in Arizona, it made reinforced the importance of solid ‘base’ fitness and how much it helps when you get to the pointy end of the season. Cronk was one of the stand out players in the N.R.L. this year and it’s clear that he is willing to do everything he can to stay at the top of the game. Too many people I know train in concentrated episodes which almost always leads to them right into the jaws of the lion. So many people I see decide that they are going to train for an event and go ‘like a virgin’ before ultimately being sidelined with injury, sickness or fatigue. To get on top of your fitness you need to be like Cooper Cronk, start your training plan early, so when the bright lights and big stage arrive months later you’ve got the hard yakka in the bank. Cronk’s year-round dedication leads to big-time performance in crunch games like this year’s State Of Origin decider when he dobbed a field goal late in the game to give Queensland a series win. Who knows if he would have kicked it anyway, but at least if he missed he knows that he did everything in his power to get it. That’s a clear conscience.