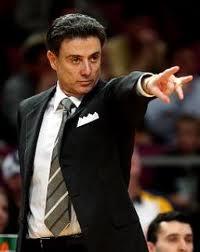 There comes a time in training when it’s time to step-up. Last week one of my most recent boxing recruits, Phil ‘Executioner’ Irvine stopped me on the street to tell that he’d purchased a mouth guard and was ready to step-up to sparring in training. It was a bit of a shock that he was so keen to get in a have a swing so early but at the same time I was really happy that he’d taken the lead and didn’t want to stand on ceremony any longer.

Big Phil was ready to dive right in and face the music. In this instance, his goal is to get in the ring and fight sometime this year and taking the step into sparring is a really big deal. Regardless of what your goal is, there will come a time when it’s time to face the music and dive right in, put some meat in the sandwich.

The Meat In The Sandwich: one morning before swimming training at Gregory Terrace, our coach Neil Wharton (also known as the kid from Cunnamulla) said to me “Get ready Bowesy, this is going to be a real meat in the sandwich session.” I didn’t really know what he meant but figured it would be a hard workout. An initiation. A baptism of fire. A real welcome to the club.

Similarly last week when Phil decided that he was going to take the next step and get in the ring, I reiterated the words that I’d heard as a kid – “This will be a real meat in the sandwich session” I said. Quickly followed by “You know, you sit on the sidelines eating cucumber and watercress sandwiches all you want but the day will come when you need to put some meat in the sandwich.”

In the first chapter of a book I’m currently reading by legendary basketball coach Rick Pitino (2 x NCAA National Championship coach, Basketball Hall of Fame inductee) he outlines that the underlying root of his coaching success was making his players face their task head-on with hard work and dedication. When challenges arose such as injuries or lack of quality players Pitino said it was always best to face the challenge straight away and continue moving forward towards the goal.

It’s like these people who you take to an Indian restaurant and they’ve got the audacity to order Butter Chicken or Chicken Tika Masala. If you’re not going to push yourself, what the hell are you doing here? I guarantee you’ll go back to same restaurant in 20 years and they’ll still be ordering bloody Butter Chicken because the Lamb Vindaloo is too much of a challenge. Progress zero.

The same goes in training. If you want to be good you need go hard. The body will adapt to stimulation very quickly. So in a boxing gym if you’re happy to tap the bag and dance around like Muhammad Ali, I’d say you fit the label of ‘Gym Hero, Fight Zero.’ They can do one thing really well but haven’t yet been tested with tougher challenges. Those same cats will be pulling off the same moves in 20 years time also. They’d probably get along great with the Butter Chicken eaters.

So my advice is: don’t stand around like a sissy eating Butter Chicken and chasing it with cucumber sandwiches, put some meat on the sandwich and add some hot sauce too. The sooner you do the better off you’ll be.