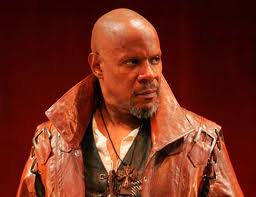 I came across this line this week while studying something else but I thought it was an ideal  quote for FIT CHAT. Working in sports coaching and fitness, people often ask what I think about something and it usually shocks them when my response is unashamedly ruthless. To break down the quote you see above, it means, that it is an act of love to discipline those we care for. So it’s the coach’s responsibility to take the hard line and tell the honest truth regardless of the effects. Most times it sets out to aid the greater good and has the potential to ignite athletes to greater heights, check well known examples, Roy Masters, Alan Jones and Laurie Lawrence These master motivators had the ability to draw extraordinary performances out of ‘cattle’ that may otherwise have been ordinary. Moreover, Tom Hafey took an ‘ordinary’ Collingwood from bottom of the ladder in 1976 to top in 1977, on the back of some honest words and strict discipline, while John Lang took Penrith from 12th in 2002 to premiers in 2003 in similar fashion. Of course, you’ll hear all sorts of horror stories about coaches who go too hard on their charges, one famous story in Australia is of a young Lleyton Hewitt who was apparently forced to run home from a tournament after he’d been defeated. I don’t know if this story is 100% true but you can’t argue that although it sounds harsh it did turn him into a champion, and if you put it into perspective the run home was probably quite pleasant. The notion that you have to be cruel to be kind is evident in many success stories that we hear in sports and life. Out of the same town as the Hewitt story comes Malcolm Blight’s under 15’s coach who said to him “Blight, with your current attitude, you’ll never play league footy as long as your ass points to the ground.” In case you don’t know, Lleyton Hewitt went on to become Wimbledon and U.S. Open Champion and Malcolm Blight was a two-time Premiership player and coach, Brownlow, Coleman and Magarey medallist. It is clear that you’re better off getting a serve of truth than wasting more time flapping around the perimeter like some uncommitted seagull. As a coach I feel that it’s unethical to tell someone anything other than the absolute truth and as an athlete I’d expect nothing less from my mentor. Because that’s how winning is done.