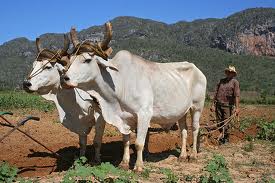 There’s a sign on a board at the Collingwood Football Club that reads – The Ox Is Slow But The Earth Is Patient.

I believe the sub text of this message is, The Ox Is Slow: anything that is worth while will take time, while an ox is slow, he is sure to eventually get the job done, done right. The Earth Is Patient: the work isn’t going anywhere until it’s done correctly and given the time and respect it deserves.

I often quote this line at training to remind my charges that the journey towards ‘long lasting’ health and fitness is long and should be taken with a gradual approach. Not in overdrive. (I also like people to know that I’m a Collingwood person).

On Sunday, I attempted to slice 7 minutes off my marathon personal best time. Many people warned me against such a suicide mission in the lead up to the race. However I remained steadfast, this was the goal and I was going after it regardless.

I was about to commit the very sin I warn people about. My hypocritical approach to this task ultimately backfired and I learned at the halfway point of the race that I had been far too audacious in this quest. During the back half of the race I was on death row and paying for the crimes committed earlier in the day. I blew it, big time.

In fitness, if we are the ox, we should behave like the ox and take to ploughing the earth with the time and respect. Look for gradual improvement and consistent gains, don’t try to do it too fast or your plan will ultimately fail, like mine did.

Your goal will beckon until it’s done properly. So many people start training and go flat out early before fading and hanging up the sand shoes soon after having achieved nothing but a slight increase in fitness 4 months ago. This is neither rare nor special.

Remember: The Earth Is Patient. If the earth represents your goal, it ain’t going anywhere until it’s ploughed right. From last week’s performance, I now know that I need to rethink my goal time for my next race and change my training – more miles, Kenyan basic sets, longer tempos, among others. While my race plan needs to be more conservative at the start and come home with a sustained drive to the finish line.

Last weekend, I epitomised the people that I’m always complaining about. Starting too fast, showing no respect for my body and it’s capabilities, giving the course no respect. Going well for a while, falling apart in the middle, traipsing home like a bum with head bowed, ultimately failed. I tried to get there too fast and was schooled by the event.

If you have a dream to plough some earth, how do you go about it? Will you take time and do it properly like the ox? Are you willing to spend time to do the job right? The earth cannot and will not be cheated, your body can’t perform big if the preparation has been small.

Think about it, are you kidding the earth or just yourself?