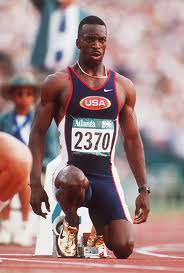 In the words of Bondi Beach running legend Chris ‘Chicken’ Chapman, “It’s Christmas time for runners.” Amen, Chicken, Amen. Whether you’re a runner who loves the winter road racing season, or your set set on smashing some triathlons when summer rolls around or just want to look good in speedos (which is ok too), how have you set yourself to achieve any or all of these (particularly the Speedo goal)?

The problem: these promotions are all about numbers at the start line and dollars in the organisers pockets and look, that’s ‘play on.’ The battle for us warriors who do the events is this – it tempts participants to set their chosen event as the deadline without proper consideration of the work involved to train for and complete it.

How many times have you heard this old chestnut, “I’ve entered the (insert race here). It’s still 6 weeks away so I’ll get started soon.” Before they take another swig of red wine to wash down the handful of Corn Chips and chunk of Haloumi Cheese they’ve devoured faster than a boarding house cup of cordial.

Sure champ, you couldn’t run for a morning train but good luck in your event. “You’ve got one foot in the grave, the other on a banana peel.”

Anyway, what would I know? Their stage has been set but what about when it comes time to get to work? Here’s a few examples (all real and witnessed by me):

1) One boy attempted drop 8 kg’s before his wedding day, 2 months away. He trained hard, for about a week. Injured his back and required surgery. Hey mate, your not 17 years old anymore. If you push the body too hard without the right base, it will break down. I promise.

1) Another decided to enter corporate boxing. 12 weeks to get ready for the fight. The only fight this bloke has had in the last 14 years is fighting a hangover every weekend and he’s been in a good paddock too, but all of a sudden he’s training at threshold speeds. Guess what, after one week – “Oh geez I’m sore, and I’m starting to get sick too.” Look mate, I’m not interested in your sniffles.

1) I decided (I’ve told this one before) that I could run 10km in under 35:00 (I was full as a boot at the time). So I took to training just like I did in high school. All high tempo work, little recovery time and no fitness base to speak of. I should’ve kicked my own ass.

(Anyone who noticed that all of these points are labelled 1), is because they’re equally important. In our quest for fitness for example, everything has equal importance, the first month is as important as the 6th, 12th or 24th. They might play different roles but they’re all necessary. No shortcuts).

What’s the common thread here with myself and people that I know?

Starting from the event and trying to cram. Rookie error no. 1. Generally people are too lazy to do what is required to get anywhere in fitness and life – commit to the slow, long, hard process. Have you ever had a good stew out of the microwave? No. It needs to sit on the stove all day. Slow cook, no shortcuts.

Fitness and preparation for, is the same!

“You’ve got it ‘ass about’ (back to front) son” was the warning from Dad as I embarked on the aforementioned 10km in under 35 minutes quest before I fell in a heap about a week later. Just like my pals ‘back operation’ and ‘corporate boxing.’

The warning I send out right now and into the future: If you want to race, cut some weight or just get fit (and keep it) set yourself to do some lead-up work of at least 6-8 weeks before you start the hard stuff. Go slow and don’t worry about the stop watch, cameras or scales, it’s not important. Allow your body time to adjust to new instructions coming from the brain.

Michael Johnson is the greatest 400m runner of all time and his preparation stages were meticulous. He ran longer reps at slower speeds in lead up months before getting specific. Muhammed Ali was known to get soundly beaten in early stages of sparring training while he regained fitness and worked on a new fight strategy. I’ve talked about Kostya Tszyu previously, he didn’t go to camp until he’d done the required base training.

Be prepared to build slowly into some quality fitness ‘one week at a time.’ After a couple of months, when you’ve dealt with the onset of soreness and fatigue, when you’ve adjusted to rising at 5am instead of 6am and when a hard week of training isn’t going to completely deplete your immune system – then you’re ready to have a crack at some hard yakka.

If you want some quality results in fitness don’t seek instant gratification, allow yourself time to build the correct foundation from which you can rise. Don’t get in over your head by entering things that you’re simply not ready for. Be prepared to go longer and further than the rest. The more time you invest in your health the better off you’ll be.

Respect your body, respect your sport and respect the event, or get out of my house. Who wins out of the Tortoise and the Hare?