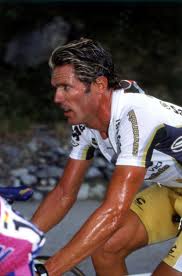 Welcome back to FIT CHAT for 2014. I decided to wait until February to launch the campaign because let’s be honest, nothing happens before ‘Australia Day,’ whatever that term means. So let’s get started.

And that very notion, ‘getting started’ has been at the front of my mind for a few weeks now. It’s interesting to see how different athletes take up their new year’s challenge. It’s with caution and recommendation to ‘build slowly’ that I administer programs to people who possess more New Year’s vigour than Captain Cook, when somebody mentioned that it gets better than Botany Bay.

My habit in later years, and believe me it took a while to learn this, has been to ‘roll out’ into the first month or so of training and see how things go.

The term ‘Roll Out’ is a cycling expression. At the start of a ride the peloton slowly amble through the streets before gearing up on the open road. It’s a great way to think about all facets of training, regarding sets, sessions or seasons. Go slow at the start!

It’s good to start your training at a reasonable pace, since it is the start, and build up as your body wakes up. The Kenyan way, is to start a run at just above walking pace, I can assure you that thirty minutes later it’s a different story. Mind you, there’s not really any jobs in Kenya so it’s not like the boys are due back at the office any time soon, but you get the idea.

There’s great danger in starting too fast. Already this year I’ve seen people on dramatically increased training loads become victims of injury. For whatever reason, lack of patience or setting an unattainable goal with limited time to achieve it. I’ve said it all before, these are the symptoms of the soon-to-be-oppressed.

The great Kieren Perkins, said after coming back from injury and battling fitness for over two years, “The faster races are always the easier ones.” It’s very hard to race or train well when you’re not fit. It’s impossible. And the only way to build fitness is knowing where you’ve come from and being prepared to accept that it will take time to get where you want to go.

Don’t become a ‘short-term training phenomenon’ statistic. These people that have been led to believe they could race Steve Moneghetti or fight Mike Tyson after 12 weeks of training. Spare me. I would say that most fitness goals can’t be achieved in 12 weeks, but what you can do is make a start, train your body towards where you want it to go. Then when you’re looking at yourself in 12 months you’ll be talking about your fast times like Kieren Perkins, not telling people about your injuries, no one cares anyway.

If you’re starting to ‘rev up’ for 2014, take a leaf out of the cycling book and just ‘Roll Out’ for a while. Get your feel back, get into some good hard work, when you finally get fit you’re more than welcome to sprint home like Mario Cipollini.

In this essence, I wrote a segment for the Suncorp Run Positive blog about firing up for the year. Read it here.