Winter road running is now upon us and with it comes extra miles on hard surfaces that present a challenge for runners in more ways than one. Leading up to Gold Coast Marathon and Half on 1 July, several Bowes Fitness Online Running Squad charges are training valiantly their chosen distance. This week, runners on my 12 Week Gold Coast Training Programs are grinding through Week 5, as their training volume increases so does their chance of injury and fatigue.

There’s no easy way to say this, long-distance running is a hard slog. You need a functioning body that's able to stand up to your training requirements (that takes preparation in itself). I find a lot of runners getting too wound up in their own expectations and ultimately disappointed when their execution doesn't marry up. You should see first, what you're capable of physically, and then, set your expectations. Don't set some huge goal and blow the barn doors off trying to get there. (That's really common BTW).

Recent feedback and questions around training vitality, injury and getting in over your head, prompted me to address a few points that I think will help you run your best (most realistic) race ever. Here’s just a few strategies that might keep you upright and heading towards the finish line - in one piece.

1. Don’t expect too much from yourself in training…

Training for these events is severely repetitive so you’re going to have good days and, not so good days. But in endurance sports, therein lies the value. Most of your training time is spent in ‘overload,’ where you build fitness and muscle memory to the ever increasing (overloading) stimuli.

I think it’s reasonable to expect only one really good session each week, and the rest of them just make up the numbers. While you might feel like you're fighting a losing battle in training, don't worry, because this is the nature of the sport. You feel tired because you're training right, after a taper, you'll be cherry ripe.

2. Injury: a little niggle vs. time to stop…

When you get to the point in training where, your legs (or joints) are saying “no more” but your training schedule say “yes more,” the best option is to listen to your body. It will tell you what it needs. There's a difference between niggles you can manage and real injuries that need significant time to recover. Most times, the big ones are caused by not addressing the small ones first time.

One of the best coach quotes ever, “If you don’t have at least five injuries concurrently, you’re not doing enough miles,” courtesy of Sean Williams (the hardest SOB I’ve ever seen in my life). But these would be injuries that are manageable, of course.


Be smart about injury management. If you've got an ailment that is worsening with more activity, it's obviously time to hang up the spurs for a short while and let the inflammation dissipate. Many minor niggles turn into worse injuries because people are too brainwashed by their program and put their body's interests on the back burner while they chase the numbers. And for what?

I had a case just last week where a runner was too dedicated to her program and running every second day. Which is great. Until calf tension began and her training didn't relinquish accordingly. I said take, 72 hours break and see what happens. What do you know, that's all her legs needed to settle down and she's back to running this week.

Think about your injury like a can of Coke, if you shake it up it gets all fizzy. Fizziness represents inflammation. If you keep shaking the can, i.e. keep up regular running, there's never any time for the fizz to die down. In many cases, just a few days rest help your muscles recover and return to normal so you can train again.

Have you ever been to the gym and done some weight lifting out of the blue and ended up sore for the rest of the week? That’s because you’re not used to lifting those weights and your muscles and ligaments suddenly experienced severe trauma. Same goes with running, you can’t expect to sit on your couch for 8 years eating Maltesers and drinking Rum for Australia then expect to be able to whip into running 3-4 times a week. Though plenty of people try.

So before you get the marathon bug, get the exercise bug, then the 5km bug, then the 10km bug and then the Half Marathon bug. In that order. The more I coach and read about our ageing bodies, the more I’m convinced, you should build a base of regular consistent work and then shoot for a race. Not decide to enter New York marathon and, “Oh, it’s 6 weeks away.” Don’t do that to me.

- Don't get sad if you're not feeling vivacious every day in training, junk days are par for the course. You'll look back and love them. Trust me.
- If niggles come up, deal with that first before it becomes a major problem, rather than run yourself into the physio's waiting room.
- Prepare to prepare, don't try start heavy training straight off the couch. Ease your way into the work gradually. Let your body guide you.

Outside of that, accept that road running is a damn hard challenge. I expect you’ll have days, even weeks, where you’re thinking “what the hell” but it always turns around if you stay consistent, conservative and realistic.

Are you just starting out? 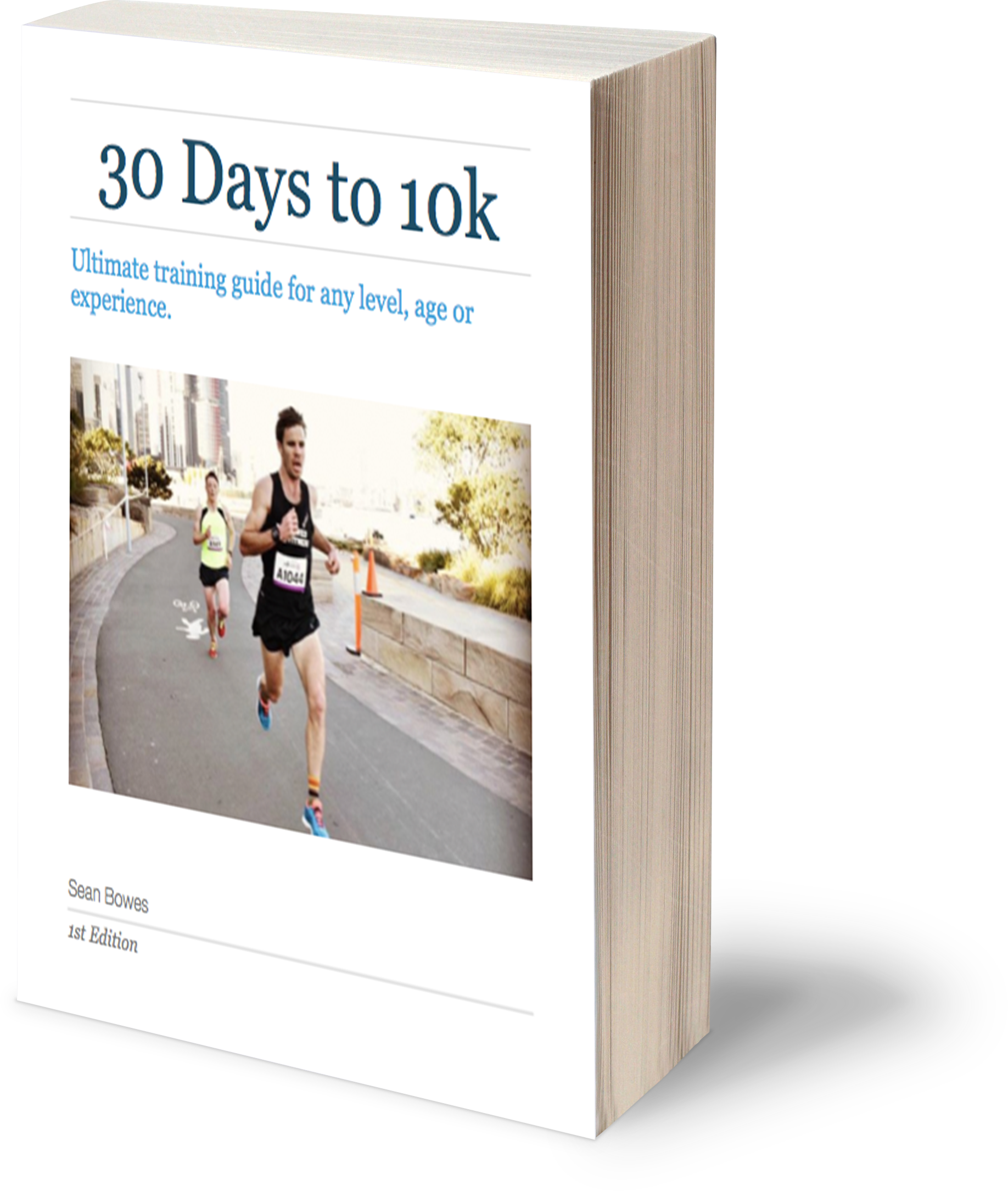 Are you ready to dive right in?

Train with me, get the right training and racing advice... 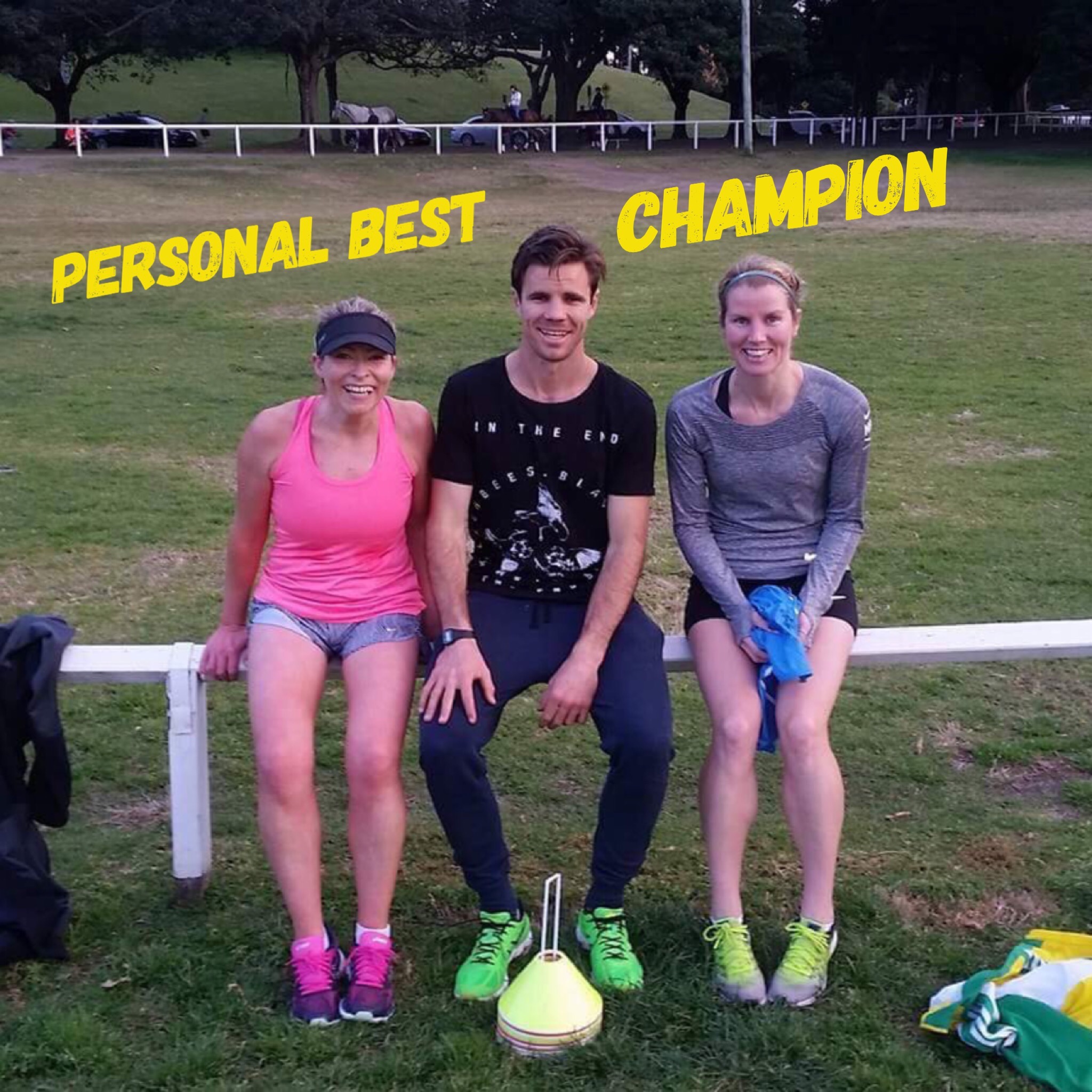 Get a customised training program

Get my injury preventing Running Strength and Activation Training Program... 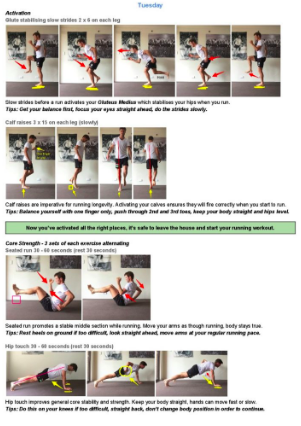 Drop me a line with your running question or challenge and I'll help you out with a program or some advice.