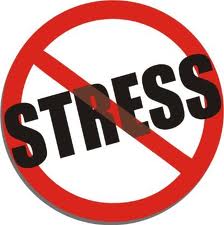 With the latest spate of people entering Marathon/Half Marathon/10km/Triathlon, you name it someone’s in it, I find many people get too flustered in the race week and talk themselves out of a good race. My trick is to keep it in perspective, because honestly, no one really cares how well you go. So don’t stress out about the result, rather focus on the process and remember why you’re doing it in the first place. For me doing races is just for fun and the challenge. I tell runners to stay relaxed and follow your normal routine during race week. Other than some basic carb loading and hydration there’s no need to suddenly become the the world’s most organic person because you’re doing a race on the weekend, plus you’ve got to be kind to your bowels if your doing a long running race. A sudden change in diet could cut through you like a bad Fortitude Valley kebab. The mental aspect is also very important. You can’t do your event until it’s on so don’t get too fired up in the days leading up and use up all your mental energy, save it for the race. An old fable goes, that in 1971 the great Allan Jeans gave his St. Kilda team the ‘rev-up’ speech of a lifetime after their last training on the thursday before the Grand Final. Most players would say that by saturday’s game they were mentally fatigued because they had played the game in their head so many times before the ball had even been bounced. Keep it simple and get the job done, no fuss.