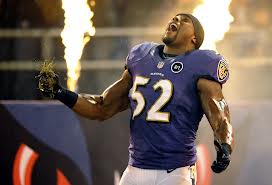 “It’s never pretty, it’s never perfect. But it is us.” These were the words from the head coach of the victorious Baltimore Ravens in yesterday’s Superbowl as he described his team’s heroic performance that saw them stand atop the winner’s dais in New Orleans. The Ravens skipped away to an early lead and held a commanding advantage over San Francisco before a power outage in the stadium saw the game halted for 40 minutes. When the game resumed San Francisco kicked back to get the game to a one point deficit however the Ravens were able to steady late and take the win.

Though the team would have gone close to giving the coach heart failure as they surrendered a massive lead, the point he made straight after the game, that I’ve quoted above typifies the main objective of sports – just get there anyway you can. It’s easy to go out hard and look like the winner early in a game but when things go awry, like a power outage, injury, or missed opportunities, it’s easy to ‘get the shits’ and turn it up because things aren’t going along as swimmingly as before.

In terms of fitness and weight loss – this reminds me of any old punter starting training or starting their latest diet. They can go hard at the start but then they have a bad day and revert back to their old ways and munch down half-a-dozen Mars Bars. What these cats need to remember is the words of the very wise John Harbaugh – “It’s never pretty, it’s never perfect” but can you still stick it out until the end. It’s too easy to have a bad day and ultimately use that as your excuse for going on a binge worthy of a rabid junkie.

Even though things began to look shady for the Ravens, the team and the coaching staff stayed focussed on running the game out. Their second half wasn’t as dominant as the first, but who cares, they did enough to fall over the the finish line ahead. Similarly, when you are entrenched in a fitness campaign you could hit obstacles like the Ravens did yesterday but are you willing to accept the problem and continue to forge forward anyway.

The important factor is that regardless of how they did it, they got there in the end. Like Jordan Belfort said “nobody wants to hear the story of the guy who never made a mistake,” they just want to hear about how he made it anyway. A bad session, or unfortunate circumstances doesn’t ruin a campaign, in many ways it makes it great, it might provide the resolve you need to finish the job. And when the job is done you can look back like John Harbaugh and say “it is us.”