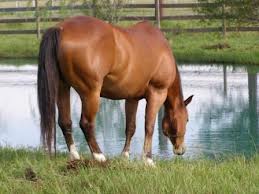 I’m a second generation professional coach and I often have this conversation with my Dad about the significance of a ‘good’ coach. Both of us agree that the importance of a good coach or trainer a totally overrated thing. Particularly in endurance sports, such as ours where racing is simple and tough, reliance on a ‘master mind’ game plan is minimal. Sure you’ll hear stories about the legendary Ron Barassi as coach telling Carlton to “play-on at every opportunity” at half time in 1970; or telling Doug Wade “to stay down in every marking contest” before the 1975 Grand Final, and how these touches of brilliance won the day for those teams.

What these stories don’t tell you… is the huge amount of preparation it took both the players and coach to get to the point where such instructions were relevant, hours of training programs and sessions that would culminate in one moment on that day. These fables will neither tell of the athlete’s sacrificial investment in their coach’s plan. Franz Stampfl coached Roger Bannister to become the first man to run a mile in under 4 minutes, believed that while his job was to train and encourage his charges that ultimately the choice of becoming great was up to the athlete. The milers needed the will, first to invest and second the perseverance to stick to the plan.

It took time. Numerous attempts at breaking this seemingly insurmountable barrier were launched, only for Bannister to come home empty handed time and again. Frustrated but infected by Stampfl’s undying belief in him and their plan Bannister stuck to his guns and on 6 May 1954 he ran the fastest mile ever. “It is a new English Record, British National, British All-Comers, European, British Empire and World Record. The time is THREE…” Bannister had run the mile in 3:59.4 – at last the barrier was broken.

Stampfl was no Edmund Hillary and he didn’t claim to be, neither do I. He knew that what he was doing in England was very similar to the work being done in Finland at the time. Let me tell you that there’s nothing special that I do differently to most of the the other coaches out there but what makes it work is the belief and investment in the training by the participant. The clarity to see initial improvement only as a temporary stepping stone not a final destination, because the truth is that it’s never over until you’re in a pine box “on the other side of the dirt.” So just keep going.