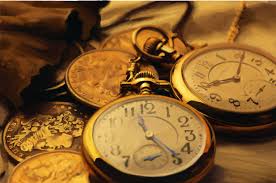 Hold On: Believe In Your Program.

I spoke last week about starting off your fitness year and the importance of sticking with the program and giving it time to reach a resolution. We all know there’s a number of ways to get ourselves in shape with every athlete having their preferred method. This is great. A good boxing coach once told me, “Whatever works for ya,” as justification of boys choosing different ways to train.

In my view, the huge variety of fitness training programs all advertised as the best and baddest (bad meaning good) way to achieve great levels of health, without taking up too much time, “And it stores neatly under the bed.” It’s hard to decide but the day will come when you have to decide. Many people believe at this point the battle won but in my experience and if you know people (or politicians) there’s a propensity to do the old ‘about-turn’ and try something else and hope nobody ever noticed the original. Kinda like Photoshop.

I’d say, choose something, buy into it, believe in it and don’t have a gander over the fence.

Technological developments in recent years have affected fitness significantly. You only need to get on your phone to see who’s doing what and it’s common to wonder, “Should I do that instead of this?” I believe most fitness regimes are noble, credible and respectable, the trick that most people don’t understand (and what I’m telling you) is, for the program to work it needs time. Dripping and dribbling all over the bloody show won’t achieve anything except increased frustration and low self-esteem.

I spoke with a charge recently, also a small business owner, who cited the difficulty of staying true to his business mission whilst constantly seeing the work of his competitors and asking the same question, “Is there was a better way?” Our fitness mission is the same, even if there is a better way you need to try this first to see what happens. Trial and error.

Take this recent 5/2 diet for instance, which has had huge success and a bunch of happy customers. Great work. Listen, there’s nothing special about this diet, nor any other diet I’ve ever heard of, other than the sheep that are on it have finally found the intestinal fortitude to stick with it longer than two weeks and heaven forbid they’ve cut some weight in the process. The product isn’t the difference just the consumer’s dedication and persistence level has changed. Who would’ve thought eating and drinking yourself into oblivion on five days is better than all seven. Slam my head in a car door!

A good friend once said, “The grass is always greener somewhere else Bowso, don’t worry about that, Son.” It’s hard in the noisy fitness world, to stay focussed and retain your single mindedness and believe in your own system over the time it WILL take for things to turn in your favour. Patience and fitness are directly proportional, so take your time young warrior. “Say nothing, chop wood.”