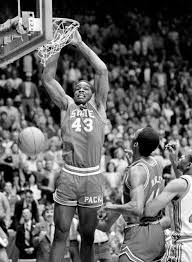 Recently I’ve been following the American College Basketball Finals Series. It is the ultimate ‘cut throat,’ ‘sudden death,’ ‘winner take all’ tournament going around. Close matches are as common as a piece of overpriced Banana Bread in the Eastern suburbs. The sport of basketball spawned the term ‘Buzzer Beater’ for a winning shots that is taken just before the final buzzer sounds.

Everyone loves a Buzzer Beater, and I also just love saying the words ‘Buzzer Beater.’ The ecstasy of victory and agony of defeat is cut in that split second when the winning shot is made or missed. A whole season, or multiple seasons of work all coming down to one shot. It hardly seems fair.

Whether it’s in the final championship game or in the elimination stage of deciding who progresses and bows out. Getting beaten on the bell is hard to cop. Winning on the bell is super relieving. But what goes into a Buzzer Beater. Surely a legend just can’t simply emerge to claim glory in one moment.

Any coach and athlete who has found themselves the victor in a Buzzer Beater will talk about the work they did to get them to the point where they could take the winning shot. How many times they practiced that play in the gym just in hope that one day their preparation would meet the opportunity the win on the bell. I saw a segment on ESPN about basketball coaches whose team will practice tirelessly and then at the end of practice when the team is tired they will run a set of buzzer beating plays, just in case the occasion should arise.

The most famous ‘Buzzer Beater’ of all was the 1983 North Carolina State team coached by the late, great Jim Valvano. Valvano’s team were dubbed the ‘Cardiac Kids’ for their penchant for narrow, ‘Houdini-like’ escapes to win in close matches. Valvano took his methodology one step further, not only practicing winning plays but conducting one training session a year where his team would practice cutting the net down (basketball tradition for winning teams). His method was to capture the dream of his team ‘cutting the net down’ and then show the replay of the 1983 team doing just that to illustrate how the dream can become reality. In the following clip with the scores level, you can see how calculated his players are as they maintain possession and run the clock down, then in the final moments take the shot. This is something that has obviously been drilled and practiced relentlessly.

Not really a Buzzer Beater, but the same in a sense, was the great Australian speed skater Steven Bradbury who claimed Olympic Gold in Salt Lake City 2002. Labelled ‘Last Man Standing,’ Bradbury took gold after every other competitor in the race crashed on the last turn. Bradbury, the humble Queenslander, admitted he may have been fortunate on that day but the level of work required for him to get that opportunity was enormous. To him the Gold medal was not about the 90 seconds of that race but rather the preceding 12 years that led up to it. Relive that great event:

Perhaps the greatest Buzzer Beater in the A.F.L. came via the hands of God himself, Garry Ablett. In the 1994 Preliminary Final with scores level the clinical Ablett works his opponent Mick Martyn under the ball to take a one-hander in the goal square just moments before the final siren.

Did Ablett just appear on the big stage ready to own the day? No. This was a man playing his 208th league game and that goal was his 838th league goal. He had played in numerous finals campaigns, including two losing championship games. Jim Valvano had been coaching college basketball for 14 years before his team got the opportunity to beat the buzzer. Already mentioned was Steven Bradbury’s fight, not just to make the Olympic final in 2002 but his eternal battle to succeed despite injuries and near fatal accidents.

I was amused last night when Peter Some (pronounced ‘som-ah’) won the Paris Marathon and the commentators mooted how good is a 40,000 Euro cheque for a day’s work. The audacity is insulting. It might be good pay but he had to race for it, in a highly competitive field. It’s not like he decided yesterday that he would win the Paris Marathon, it has taken a lifetime of training and sacrifice for that opportunity to arise. Just like the fabled Buzzer Beater, not only does it take skill, class and poise to beat the buzzer, “but first you’ve gotta get there.”

Finally, this last clip is close my heart as a Queenslander. Straight from the 1994 State of Origin series, game 1. You only have to know the names and how long these guys had been playing football to know that a last gasp try was no fluke. Their preparation met opportunity, and just in time.